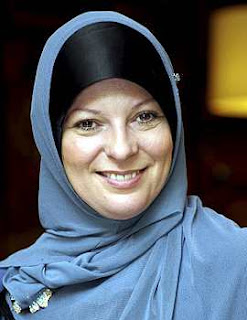 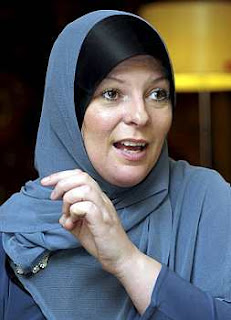 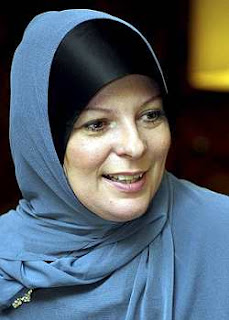 Q&A with Lauren Booth
BY ADMIN – JANUARY 30, 2011
Broadcaster, journalist and human rights activist Lauren Booth, courted controversy in her native United Kingdom and elsewhere for her views on Middle East politics and her highly-publicised conversion to Islam in September last year.

In a 30-minute interview, Booth, also the sister-in-law of former UK prime minister Tony Blair, spoke with the New Straits Times on the Israeli-Palestinian conflict and her role in Viva Palestina Malaysia, a local offshoot of the UK-based Viva Palestina, an international non-governmental organisation working for the speedy creation of a free Palestinian state.

Q: You’ve been an advocate for Palestine long before you were a Muslim. When did your opinions on the Israeli-Palestinian conflict change – was it during your first visit in 2005?

A: Yes, I had to see the conditions in Palestine for myself to realise what was happening. It’s not easy for people to understand the Israeli occupation from our (Western) media because (much of) it is hidden or confused. But when you’re there, the situation is clearly apartheid. In fact, as (South African leader) Desmond Tutu says, the Palestinian situation is worse than apartheid, and he should know. 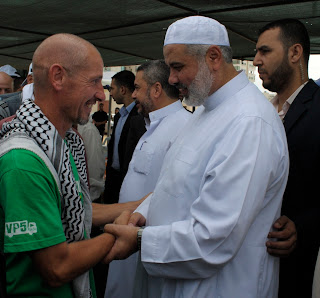 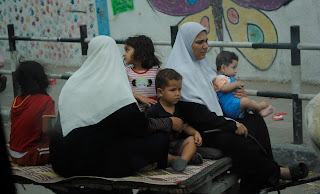 Q: You’re here for the launch of Viva Palestina Malaysia where you met our former prime minister Tun Dr Mahathir Mohamad. What do you think of him?

A: I very much liked Tun Dr Mahathir and his wife, Tun Siti Hasmah. It’s refreshing to see a former world leader who is dedicated not to making millions from oil, banks or occupations but to setting up foundations for righteous behaviour.

Q: He’s been labeled an anti-Semitic in the Western press due to his views on Israel. Do you agree?

A: If you speak to Dr. Mahathir, it is clear he has neither the personality nor the inclination to be an anti-Semite. He is a thoughtful, pious and philosophical man. I want to tell the people of Malaysia not to be scared of being labeled anti-Semitic when criticising the unjust, disgraceful behaviour of the Israel regime.

The label ‘anti-Semite’ is applied deliberately to quash debate on the Israeli government and its army and we must not be afraid to speak out (on it).

Q: What more can NGOs like Viva Palestina do, apart from speaking out and sending aid, to help the situation in Gaza?

A: It’s becoming clear that what is needed now is a unified Palestinian government. Although NGOs aren’t allowed to be political, I would encourage them to invite (representatives from) Hamas, who may be ministers, and Fatah to come together, at least on foreign land, to see how they can work with both groups to help the Palestinian people and the cause of freedom.

It can also serve as a movement which combines the Palestinian voices with the foreign solidarity cause, in a stronger, more productive manner.

Q: What part does Malaysia have to play in this process?

A: Malaysia’s absolutely pivotal in leading the way in the international arena towards the non-acceptance of the state of Israel. This is important because Israel has demanded its recognition and rights as a state, and yet in 63 years, it has given no assurances that they will in turn behave like one.

Until it learns to do so – by accepting other people’s rights, acting within international law, ending the siege, stopping the ethnic cleansing of Jerusalem – every other state should copy Malaysia in not recognising Israel. And to add a proviso, that is not the same as saying every Jew should be pushed into the sea. I’m saying that (Israel) must behave like a state in order for it to receive the recognition it craves for its economic ties abroad. The international community invites Israel to do so so that we can welcome it and salute its people in a way that surely, some of them deserve.

Q: You’ve said before that you don’t like the term “moderate Muslim”. Can you explain why you find that term problematic and in what context?

A: I have a problem with the term “moderate Muslim” or “moderate Islam” because Islam is already a moderate religion. There are a billion (Muslims) in the world already practicing moderation in their lives, their jobs, their families.

I have a problem with how the term is used in the West to divide Muslims into acceptable and unacceptable groups. You can’t be a moderate as well as a Muslim in the West if you feel strongly about politics or if you criticise the United States or Israel. You lose the label ‘moderate’ as soon as you speak up, which has the effect of stopping Muslims from having a political voice or a political position.

We must all be moderate in our behaviour, but I do not accept the label ‘moderate’ if it means I can’t be political as well as a Muslim. I’d rather be labeled a radical right now, if it means I can air my views in solidarity with others.

Q: What are your immediate hopes for Palestine at the moment?

A: I hope that Israel not only eases the blockade but ends it now. The siege of Gaza has lasted longer than the siege of Leningrad, which was a crime of the second world war.

My other hope right now is that President Hosin Mubarak is replaced and toppled, so that the people of Egypt have a greater voice in their government, and therefore, insyaallah, greater cooperation with Palestine in a way that will allow for freedom of movement as defined under Article 13 of the Universal Declaration of Human Rights.

Q: Where do you find keep finding the hope that a resolution to the conflict can be reached in the future?

A: I always have hope. Every time I go to the West Bank, or Gaza or Jerusalem, I see some of the most academically-inclined, clever, determined young people I’ve ever met. Two years ago in Jenin, out of the rubble of bomb attacks, I found talented young people learning photography, singing and the arts at the Jenin theatre. At the Jenin cinema, there are even talks of hosting a film festival.

The young Palestinians amaze me. I’ve cycled around the West Bank with the only cycling team there, made up of wonderful young men who just wished to practice their sport. I’m confident, when there is peace, Palestine will blossom and flower as a state like no other.