The Idea, Goals , Structure and Mechanism of Actions 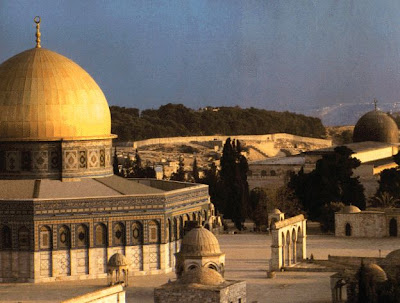 The historic day 30th March marks Palestine Land Day* in Palestinian national memory. This year our aim is to mark it as an international event to demonstrate solidarity with Palestinians and to protect Jerusalem. This will be achieved by organizing a Global March to Jerusalem or to the nearest point to it. The march will demand freedom for Jerusalem and its peopl

e and to put an end to the Apartheid, ethnic cleansing and Judaisation policies affecting the people, land and sanctity of Jerusalem.

By organising the March and its preceding and parallel activities we aim to highlight the cause of Jerusalem (the City of Peace) which is considered the key to peace and war in the region and the world. The march will confirm that the policies and practices of the racist Zionist state of Israel against Jerusalem and its people are a crime not only against Palestinians but against all humanity.

The march will unite the efforts of Palestinians, Arabs, Muslims, Christians, Jews, and all citizens of conscience in the world to put an end to Israel’s disregard for international law through the continuing occupation of Jerusalem and the rest of Palestinian land.

We aim to make this march a turning point in the nature of the confrontation, with the occupation having to face millions of protesters and demonstrators demanding Freedom for Palestine and its capitol Jerusalem. We will make a renewed true effort towards ending the occupation through peaceful national movements inspired firstly by our convictions, secondly by the justice of our cause, and thirdly by the spirit of the Arab spring revolutions and the determination of young people who were able to overthrow dictatorships. Especially now th 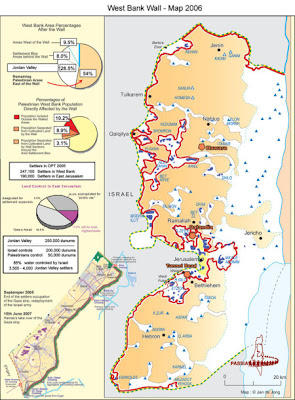 at the nations have realized the magical effect of the people’s will to make the impossible possible. The advancing slogan, “the people demand,” has proved to be more effective than armies and weapons.

What is the structure and who is behind this project?

To achieve all the above the idea was turned into action by forming an International Central Committee (ICC) responsible for this march. The committee consists of 35 members representing the five continents. An International Executive Committee (IEC) for the GMJ will emerge from the International Central Committee, and will consist of 13 members. National committees in most countries of the world will be formed to follow up and to coordinate the actions and events at the national level. These national committees will include representatives of all backgrounds and organisations working for Palestine and Jerusalem from media, religious, social, professional and human rights figures.

There are at least 100 key international figures worldwide adopting the idea, supporting and signing a document of principles governing the Global March to Jerusalem. This document was adopted at the founding meeting in Amman on 12th December, 2011. Among the prominent, well known figures who sign the document of principle an Advisory Board will be formed. The names of the Advisory Board along with all organisations supporting the GMJ will be announced in all literature to emphasize the international support for the march.

How will the march towards Jerusalem take place?

* Palestine Land Day – a day celebrated by Palestinians on 30th March each year. The event marks the events of March, 1976, after the Israeli authorities confiscated thousands of dunums of private and public land in majority Palestinian areas, especially in the Galilee. Following these events the Arab masses inside Palestine declared a general strike, confronting the Israeli authorities for the first time since the occupation of Palestine in 1948. The Israeli response was militant and violent, as the Israeli troops, backed up by tanks, entered Palestinian villages and reoccupied them, causing a number of martyrs and many wounded and detainees among the civilians.

Posted by BERPAUT KEPADA YANG ABADI at 3:53 AM