Palestine: The Occupation & The Refugees 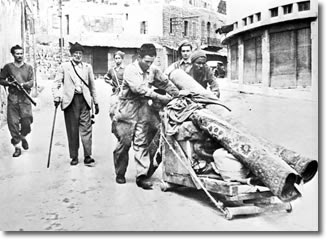 The state of Israel was created in 1948. Under UN Resolution 181, the 1947 partition plan divided British Mandate Palestine into a Jewish state (on 55%
of the land), an Arab state (45%
) and for Jerusalem to be administered internationally. However, following the 1948 war, Israel was founded upon 78% of the territory, leaving the Palestinians with a mere 22% of their land in the West Bank and Gaza Strip administered by Jordan and Egypt respectively.
During the creation of the state of Israel, over 13,000 Palestinians were killed and more than 750,000 were driven from their homes and housed in temporary refugee camps across the West Bank, Gaza Strip, Syria, Lebanon and Jordan. More than 500 Palestinians villages were destroyed and thousands of families split up. This is now known by Palestinians as the Nakba or “catastrophe”.
Unfortunately, the intended temporary housing of the refugees has b
ecome a permanent reality; over 60 years later Palestinians are denied their right to return and still live in the camps. There are now several million Palestinian refugees (including des 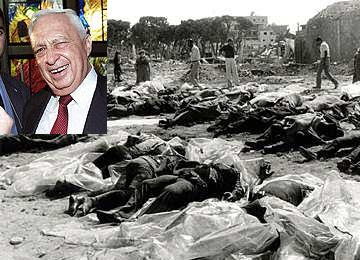 cendants); around 5 million refugees are registered with the UN relief and Works Agency (UNRWA) and live in 58 recognised refugee camps in Jordan, Lebanon, the Syrian Arab Republic, the Gaza Strip and the West Bank, including East Jerusalem (UNRWA 2011).
During the Six Day War in 1967, the Israel Defence Forces seized and subsequently occupied East Jerusalem, the West Bank and Gaza, referred to now as the Occupied Palestinian Territories. These territories have remained under Israeli occupation ever since 1967, with a serious debilitating effect on the everyday life of the Palestinians.
Since the occupation began in 1967, Israel has undertaken extensive settlement building in the Occupied Palestinian Territories; there are currently 230 illegal settlements housing 500,000 Israeli settlers across the West Bank and Jerusalem. Israel has also built a network of settler-only highways across the West Bank and set up hundreds of checkpoints and barriers, severely restricting the movement of Palestinians.
Whilst the settlements themselves only use 3% of the land, the intricate series of bypass roads connecting the settlements to Israel which restrict Palestinians further from their own land, results in the settlements monopolizing around 40% of the West Bank. 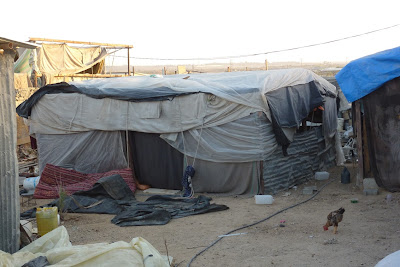 A state of fragile peace governs the region, with political insecurity undermining the daily lives of Palestinians in Gaza and the West Bank. Trade is disrupted by checkpoints, the separation wall, and general restrictions on the movement of people and goods. As such there are high levels of poverty and food insecurity with over 46% of Palestinians in the West Bank living below the poverty line; in Gaza the figure is as high as 80%. There are high and persistent unemployment rates; again, Gaza comes off worse, with 45% of the population unemployed.
An estimated 50% of all Palestinian refugees in Lebanon live below the poverty line with around 53% living in refugee camps. Palestinians are essentially stateless; they are denied equal rights and are prohibited from undertaking over 70 professions.
Throughout the West Bank, Gaza, Lebanon and Jordan children grow up with dirty water, lack of education or run-down schools, faltering electricity and inadequate medical care. Youths mature to find themselves in an economy with sky-high unemployment rates while parents grow old and face mounting health problems, with limited medical supplies and capacity stunting life expectancy.
Ref: http://www.interpal.org/Portals/default/
Posted by BERPAUT KEPADA YANG ABADI at 6:31 AM

Labels: Palestine: The Occupation & The Refugees